A Villa with History

Bayview Villa
/
A Villa with History

Bayview Villa Assisted Living Home Has an Old Hollywood Past

It’s no surprise that many of the residents of Bayview Villa assisted living home have fascinating histories, but so does the property itself. Indeed, the history of the town of San Carlos and the surrounding area makes an interesting study. 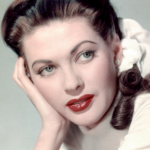 The villa that gives Bayview Villa assisted living home its name was once the home of 1940’s Hollywood starlet Yvonne de Carlo, who had a role in The Ten Commandments and starred as Lily Munster in the popular television series The Munsters. The Canadian-born actress moved to California with her mother in 1940 and her talent was spotted immediately. Paramount Studios signed her, and she landed roles in The Road to Morocco, For Whom the Bell Tolls and The Deerslayer. De Carlo made numerous films in the 1940s and ‘50s, usually cast as a sultry vixen in westerns, working with Hollywood legends Clark Gable, Sidney Poitier, Charlton Heston, Rock Hudson and Sir Alec Guinness.

Not every assisted living home can offer the chance to stroll corridors once walked by Hollywood stars. When you stroll around the neighborhood of this assisted living home, you are walking in the footsteps of not only Yvonne de Carlo but also John Wayne, who once lived on the estate as well. The everyday luxury of Bayview’s Mediterranean-style villa with the grand piano in the living room and the fountain in the courtyard is perfectly in keeping with its history of Hollywood glamour.

History of the San Carlos Hills

Bayview Villa assisted living home enjoys beautiful views of the San Carlos hills, but the area offers more than lovely vistas. It is rich in history, and even boasts a local history museum on Laurel Street featuring displays on the area’s past from the Lamchin Indians to the Spanish era right up to the work of local artists. The town is an elegant place today with highly ranked schools, but it has a thrilling old wild west past. San Carlos was on both the train and stage coach line, keeping it connected with a constant flow of people. Despite that, it grew slowly and the advantages of that show in the town’s appreciation of its history. Bayview Villa truly can boast of being an assisted living home where residents can share stories of their own personal histories while also enjoy learning more about the history of San Carlos.